Congressional action is needed for telehealth not to return to a rural benefit, Seema Verma says

A final rule released by the Centers for Medicare and Medicaid Services late today adds more than 60 services to the Medicare telehealth list that will continue to be covered beyond the end of the public health emergency. 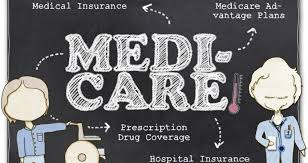 The federal government on Tuesday finalized its proposed physician fee schedule for the 2021 calendar year, formalizing cuts to Medicare reimbursement rates for therapy services provided to residents covered under Part B — while also expanding some telehealth flexibilities offered during COVID-19.

Understanding the Difference in Telemedicine, Telehealth, and Telecare

Have you been wondering what telemedicine, telehealth, and telecare mean? Find out now.

With the recent practice of social distancing and quarantining due to COVID-19, more medical health practices than ever before have turned to telemedicine, telehealth, and telecare to treat patients and deliver medical advice. Between telecommunication apps and video conferencing tools, patients are able to get medical help without leaving their home.

From virtual visits and online health records to payment management, digital forms, and reminders, doctors and administrators can use telemedicine, telehealth, and telecare to…

In an effort to boost value-based care, the U.S. Centers for Medicare & Medicaid Services (CMS) recently announced that it has finalized changes to the Physician Self-Referral Law — often referred to as the Stark Law.

Broadly, the Stark Law was originally intended to prevent physicians from self-dealing and making compromised medical decisions based on financial incentives.

Under previous rules and regulations, physicians were prohibited from making referrals…

In an effort to increase hospital capacity amid the current COVID-19 surge, the U.S. Centers for Medicare & Medicaid Services (CMS) on Wednesday announced “unprecedented” flexibilities around providing hospital-level care for patients in their homes.

Wednesday’s flexibilities aren’t coming out of thin air. Instead, they build off the success and learnings of the nation’s existing…

OBJECTIVE: We deployed a Remote Patient Monitoring (RPM) program to monitor patients with coronavirus disease 2019 (COVID-19) upon hospital discharge. We describe the patient characteristics, program characteristics, and clinical outcomes of patients in our RPM program.

METHODS: We enrolled COVID-19 patients being discharged home from the hospital. Enrolled patients had an app, and were provided with a pulse oximeter and thermometer. Patients self-reported symptoms, O2 saturation, and temperature daily. Abnormal symptoms or vital signs were flagged and assessed by a pool of nurses. Descriptive statistics were used to describe…

As COVID-19 cases swell, US extends telehealth to acute care

The US government has introduced a scheme to allow hospitals to reduce the number of inpatients they see through a telehealth platform that would helps deliver acute care at home.

The move comes as the number of new cases of COVID-19 have been climbing to around 180,000 a day, with deaths since the start of the pandemic now rising above 260,000, and concerns that some hospitals could become overwhelmed over the winter months.

Telehealth: The Future of Health Care

CHICAGO, IL — Nov. 24, 2020 — In the midst of a global pandemic, millions of people have experienced telehealth with a virtual exam for the first time this year. Health care delivery is big business, and telemedicine offers more than a safe and convenient experience for patients. Liberty Advisor Group reviews how at its core, telehealth is a rewarding resource utilization play.

In April of 2020, Forrester estimated that over 1 billion telehealth virtual “visits” would be completed by the end of the year, with 900 million or more directly tied…

5 More Takeaways About the Telehealth Boom

The second of a two-part story on 10 takeaways about the telehealth boom. The COVID-19 pandemic has been a bumpy ride in the U.S., featuring one controversy after another. One of the few areas of agreement is that the widespread adoption of telehealth amid the pandemic has been, by and large, a positive development.

The COVID-19 pandemic has been a bumpy ride in the United States, featuring one controversy after another. One of the few areas of agreement is that the widespread adoption of telehealth amid the pandemic has been, by and…

The Centers for Medicare & Medicaid Services on Wednesday took several new steps to help U.S. hospitals manage the crush of new patients as the COVID-19 crisis worsens. Among them are new allowances for telehealth and remote monitoring, for what…

The Acute Hospital Care at Home program would allow participating hospitals to qualify for Medicare waivers to treat patients at home via telehealth, reducing the strain on EDs and in-patient services.

November 25, 2020 – Six health systems across the country are expanding their telehealth platform to treat patients at home under a new program launched by the Centers for Medicare & Medicaid Services.

The American Telemedicine Association this week issued a statement in response to the U.S. Department of Health and Human Services’ final rules regarding the Physician Self-Referral Law (also known as the Stark Law) and the Federal Anti-Kickback Statute.

According to HHS, the rules will allow healthcare providers to participate…

November 25, 2020 – Hospital visit recovery may be hitting another bump in the road as new consumer research indicates that patients prefer telehealth services and other alternative care options.

The new data from TransUnion Healthcare recently showed that, generally, hospital visit volumes have stayed consistent through late October after plateauing in July. As of the last week…

Remote patient monitoring ecosystems should not be treated in the same way as traditional endpoints, say cybersecurity experts.

As the COVID-19 pandemic has continued to push patients away from in-person care, many health systems have ramped up their remote patient monitoring ecosystems.

“From a security perspective, we always model a personal home…